(The Wonderland On Earth)

Uttarakhand is often referred to as ”Devabhoomi” (The Land of God), it is formerly known as Uttaranchal.  Uttarakhand was the puranic term, mentioned in Hindu scriptures as Kedarkhand (Gharwal) and Manaskhand (Kumaon) regions.  Gharwal and Kumaon were restored Vedic Hindu rule due to the travels of Shankaracharya.

Most of the northern part of the state is covered with high Himalayan peaks and glaciers.  86% of the state is mountains and 65%  is forest.  Its borders are Tibet (occupied by China) to the north, Nepal to the east, Indian states, Uttarpradesh to the south, and Himachal Pradesh to the west and north-west.  The two most important rivers of India Ganga and the Yamuna originates in the glaciers of Uttarakhand, Gangotri, and Yamunotri.  These two along with Badrinath and Kedarnath form a holy pilgrimage for Hindus, called Char Dham. 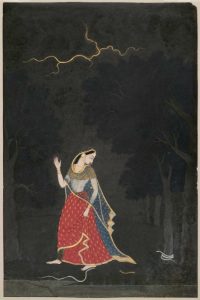 Wood carving is among the prominent local crafts, which appears most frequently decorated temples in Uttarakhand.   Floral patterns, deities, and geometrical motifs also decorate the doors, windows, ceilings, and walls of village houses.  Paintings and murals are used to decorate both homes and temples.  Kumaoni art follows a geometrical pattern in art, while Garhwali art is close to nature.  Other crafts are handcrafted gold jewelry, a basket making from Garhwal, woolen shawls, rugs, and scarves.

Uttarakhand’s diverse ethnicities have created a great literary tradition in languages including Hindi, Garhwali, Kumaoni, Jaunsari, and Tharu.  The primary food of Uttarakhand is vegetables with wheat, non-vegetarian is also served in some places.  Uttarakhand cuisine use tomatoes, milk, and milk-based products. Coarse grain with high fiber content is very common.  Either, desi ghee or mustard oil is used for the purpose of cooking food.

The dances of the region are connected to life and human existence and exhibit human emotions. Langvir Nritya is a dance form for males that resembles gymnastic movements. Barada Nati folk dance is another dance that is practiced during some religious festivals. Other well-known dances include Hurka Baul, Jhora-Chanchri, Chhapeli, Thadya, Jhumaila, Pandav, Chauphula, and Chholiya.  Music is also an integral part of the Uttarakhandi culture.

One of the major Hindu pilgrimages, Haridwar Kumbh Mela, takes place in Uttarakhand.   Haridwar is one of the four places in India where this Mela is organized.  Kumauni Holi, in forms including Baithki Holi, Khari Holi, and Mahila Holi, all of which start from Vasant Panchami are festivals and musical affairs that can last almost a month. Ganga Daserra, Vasant Panchami, Makar Sankranti, Ghee Sankrant, Khatarua, Vat Savitri, and Phul Dei are other major festivals.

Agriculture is one of the most significant sectors of the economy of Uttarakhand. Basmati rice, wheat, soybeans, groundnuts, coarse cereals, pulses, and oilseeds, are the most widely grown crops. Fruits like apples, oranges, pears, peaches, lychees, and plums are widely grown and important to the large food processing industry. Agricultural export zones have been set up in the state for lychees, horticulture, herbs, medicinal plants, and basmati rice.

Other key industries include tourism and hydropower, and IT, ITES, biotechnology, pharmaceuticals, and automobile industries. The service sector of Uttarakhand mainly includes tourism, information technology, higher education, and banking.