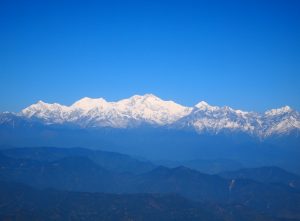 The modern man knows about many cities in this world.  But not Shambala. Why?  Because it won’t appear to the human eye.  We can’t imagine it also with our brain.  But there are many people in this world who know about it.,saw it, and lived in it.  Who are they?  They are SIDDHAS.  A Siddha is a person who can see things know them, which we cannot be seen with the human eye.  A Siddha is a person who can see distant things, know unknown things, if he wants he could able to go there and come back., by simply sitting in a chair in his home.  How is it possible? It is possible because, he is the person who got full control over his senses, his mind and his Buddhi.  Such persons can only see Shambala, go to Shambala and come back. They live happily in this world, like a drop of water on a lotus leaf.

The city of Shambala is called in many names Indians call it SIDDHASHRAM. Puranas call it Shambala grama (village) situated in Tibet.  Another popular name for Shambala is Gyanganj., which means the centre of Gyanis.  Gyanis are knowledgeable persons, knowledge about ParaBramha, the Supreme God-knowledge about the Universe, and many other things.  It is the centre of (Gyan) knowledge, knowledge about everything.  It is the centre for SIDDHAS, SIDDHAS are Yogis, Rishis, Sages, Seers and Saints etc.  All are great people in all respects.  Buddhists call it SAN-GRI-LAA.  Its ancient name is called  I N D R A B H A V A N, which means the home of the lord of Heaven.,i.e., Swarga Lok.  Many people call it in different names.  Some of which are Swetadweepam, Dhruvalokam, Anandanilayam etc.,  It is the place where Gods live in.  It is the central place that controls the entire Universe.  It is also a religious centre.  Its reference is made in many Hindu, Buddhist, Jain, Bon and many other religious texts.  It is specially mentioned in Buddhist Kalachakra.  Sanskrit religious texts call it TRIVISTAKAM, which means land of Gods.

Shambala is described in many ways by different people of different countries.  Some of them are-Land of living Gods, Forbidden Land, Land of White Waters, Land of Radiant Spirits, Land of Wonders, Land of living fire, Magic Kingdom, City of Bliss (Ananda), Centre of all Knowledge, Centre of all Religions etc.  This itself shows the greatness of this powerful land, Shambala.  It is a Mystic City.  It is a city of cosmos.  The centre place of the entire Universe.

Shambala is also called Gyangunj and SIDDHASHRAM.  Buddhists call it Shangri La.  There are a lot of things to know about Shambala. It is a vast subject.   Shambala means a city of peace, a place of silence.  It is a land of living Gods.  It is a hidden city, not visible to the human eye. Only the yogis and SIDDHAS of higher order can reach there.  It is a magic kingdom.  It is a Tapobhoomi (land of meditation ).  It is a knowledge city and education centre.  Everywhere we can see peace.  All the 64 arts (Chatusasti Kalas) and more subjects will be taught there.  Study and research on all subjects (Sashras )will be simultaneously taught here.  Expert professors ( acharyas ) and scholars (students) on each subject will be available there.  Everything will be available there.  It is everything.

Shambala i.e., Gyangunj is an ancient hidden city from time immemorial.  It is existing for millions of years.  It is also called Heaven on Earth.  Lord  Viswakarma, the architect of Gods had designed and constructed this wonderful city.  In the ancient period, the Gods call it INDRABHAVAN. Indra is the king of Swargalok (Heaven).  It was also called Swetadweepam and Dhuvalokam in the Later period.  The city of Shambala is existing for so many yugas.  Its existence was mentioned in ancient Sanskrit texts like Puranas Valmiki Ramayan, Mahabharat, Bhagwat Puran, Kalkipuran and many others.  Buddhist texts described that Lord Buddha after His Niryan born as Kaalachakra Purusha.

All highly enlightened people like Yogis, Rishis, Sadhus, Sanyasis, Siddhas, Monks, Saints etc., will be freely moving there.  All are living there since yugas.  There is no age factor there.  There are no families existing there.  No births, no deaths, no old age, no diseases.  All are living there in the state of Brahmananda.  It is a land of immortals.  No sorrows, no worries, no desires.  Those who enter into that mystical land will come out with the same age happily.  There is no approach there to common people.  High level special spiritual sadhanas are required to enter into that world.  Even modern satellites, Drones, Aeroplanes and mapping techniques cannot function there.  They cannot locate this mysterious world.  It has a peculiar and autonomous foundation and working system there.  It is a mystical hermitage.  It is a spiritual and scientific centre.  High-level Training will be given as per their eligibility and interest in any subject or Saastras by specialised Acharyas, i.e., professors.  It is the highest divine destination for a person’s spiritual journey.  Living Yogis and Siddhas will visit this place regularly.  They will regularly attend spiritual conferences and meetings whenever conducted there.

It is a paradise or Swargalok.  Beautiful buildings, gardens, trees, creepers, birds, lakes, ponds, waterfalls and flyovers are available there.  The inmates can live happily and peacefully there.